In the heart of the Peninsula Sorrentina, exclusive estate with imposing sea view mansion, farm and country houses. Surrounded by olive trees, vineyards and citrus trees, the villa boasts an amazing panoramic view on the Islands of the Gulf of Naples, Capri, Ischia and Procida. The buildings of the estate add up to a grand total of 4,878 sqm of surface. The entire estate is classified as an archeological site given the presence of the remains of an imposing Roman villa built on the promontory in the 1st century CE.
Cities of Campania are all easily reached: Sorrento (5km; 10’), Positano (22km; 45’), Praiano (28km; 1h), Pompei (30km; 50’), Amalfi (36km; 1h 10’), Ravello (43km; 1h 25’) and Napoli (53km; 1h 15’).
The most useful airports are Napoli Capodichino (57km; 1h 10’), Roma Ciampino (260km; 2h 50’), Roma Fiumicino (284km; 3h 15’).

HISTORY OF THE ESTATE
The estate is located on a beautiful promontory overlooking the Gulf of Naples, in an area which was occupied in Roman age by a patrician villa built under the Flavian dynasty (69 – 96 CE). The remains of the villa and its many annexes, well visible and scattered all over the place, were first scientifically recovered and labelled by famous archaeologist Mingazzini at the beginning of the 20th century. Built along the cliffs of the Sorrento Peninsula, the villa is nowadays in ruin and the only visible parts are the foundations and a few of the underground rooms (now exposed) since during the Middle Ages the people inhabiting the area used Roman buildings as a quarry and demolished them to reuse the materials. Coastal villas were however already being abandoned under Emperor Nero and the process was for sure sped up by the Vesuvius’ eruption (79 CE).

In the Middle Ages the rural economy of the area led the whole estate to be covered in arable fields and orchards, with agricultural activities going up until the 20th century.

In 1911, entrepreneur Tommaso Astarita bought the whole estate and, thanks to its passion for archaeology, favoured a huge work of cataloguing and recovering of the relics which were then exhibited in a small museum built in the property. Other artefacts were then gifted to several museums of the area, where they are still today. The Astarita family also used the estate for their mining operations and the effects of the process are still visible along the coast. At the beginning of the 20th century they also had the pre-existing manorial villa reworked and it acquired its current Liberty-style look. The villa is also described in Matilde Serao’s novel Cuore Infermo (1881): “The villa is surrounded by orange trees. But their branches cannot hide the balconies on the first floor. The ones on the second floor enjoy a free view of the green and white hills covered in citruses and olive trees […]. The ample terrace, […], the Belvedere […] overlooking everything, extend towards the horizon and admire the sea, from Capri to Castellammare.”.

Tommaso’s heirs sold the villa and the surrounding estate to shipowner Achille Lauro who hosted here important personalities of his time between 1935 and 1937. With the bankruptcy of the Flotta Lauro in 1982 the estate was then sold to the actual owners.

A nice manorial chapel is included in the property. It is still consecrated and mass is held in the building once a month.

The building “Museo” (460 sqm – 4,950 sqft) is linked with the main villa through an underground tunnel and hosts an exhibit of the artefacts recovered in the estate, offices, a professional kitchen (with lift), warehouses and service rooms for the staff.

Arranged on two levels, the beach club with restaurant (165 sqm – 1,775 sqft, 2 bedrooms and 5 bathrooms) is set on a plateau to the sea. Linked to the beach club through an underground tunnel there are ancient quarries ideal for the realization of another private seaside beach club with facilities and access to the rocks. The building boasts a heliotherapy center and an open air restaurant. Over 2,000 sqm of outdoor space are equipped with sunbeds and umbrellas.
– Ground floor: professional kitchen with pantry, hygienic services for the guests, staff area with dressing room and bathroom;
– First floor: owner’s apartment with two bedrooms (one with balcony and terrace) and two bathrooms.

“Casa Dux” (95 sqm – 1,022 sqft, 2 bedrooms and 2 bathrooms) hosts two independent suites with beautiful terraces overlooking Capri. The building, given its prestige, was used in the past to welcome important personalities of cinema and fashion industries.

The farmhouse “Casone” (207 sqm – 2,227 sqft, 5 bedrooms and 5 bathrooms) needs to be restored as well and is laid over two floors:
– Basement: old water cisterns, storage rooms and warehouses.
– Ground floor: four studio and a single apartments.

The property is then completed by several sheds, warehouses, agricultural annexes (scattered all over the estate amidst the cultivations) and a greenhouse.

The remaining surface (1.0 ha) is covered in gardens and Mediterranean shrubs and free areas could be exploited to create a private helipad (respecting the archaeological restrictions). 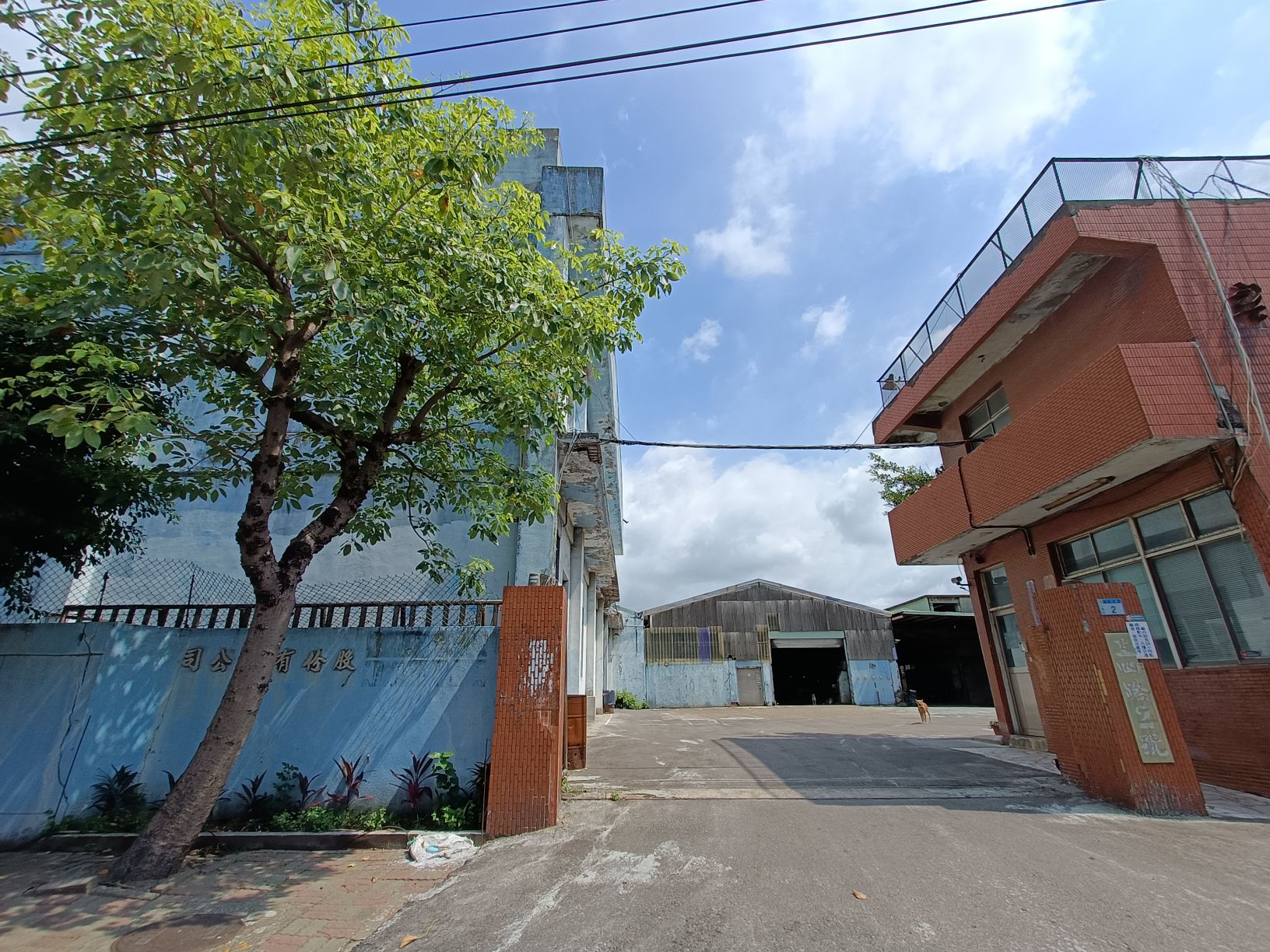 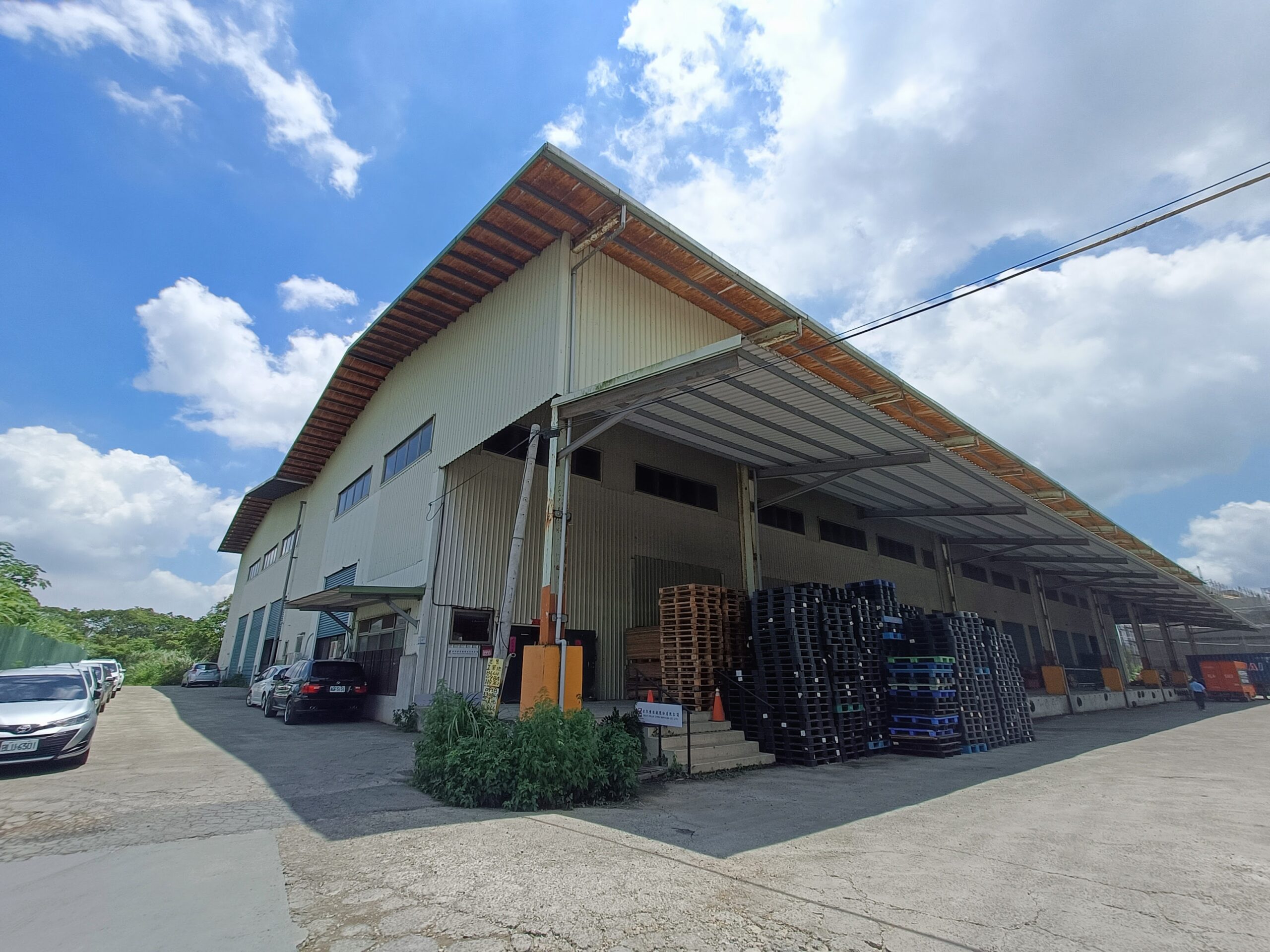 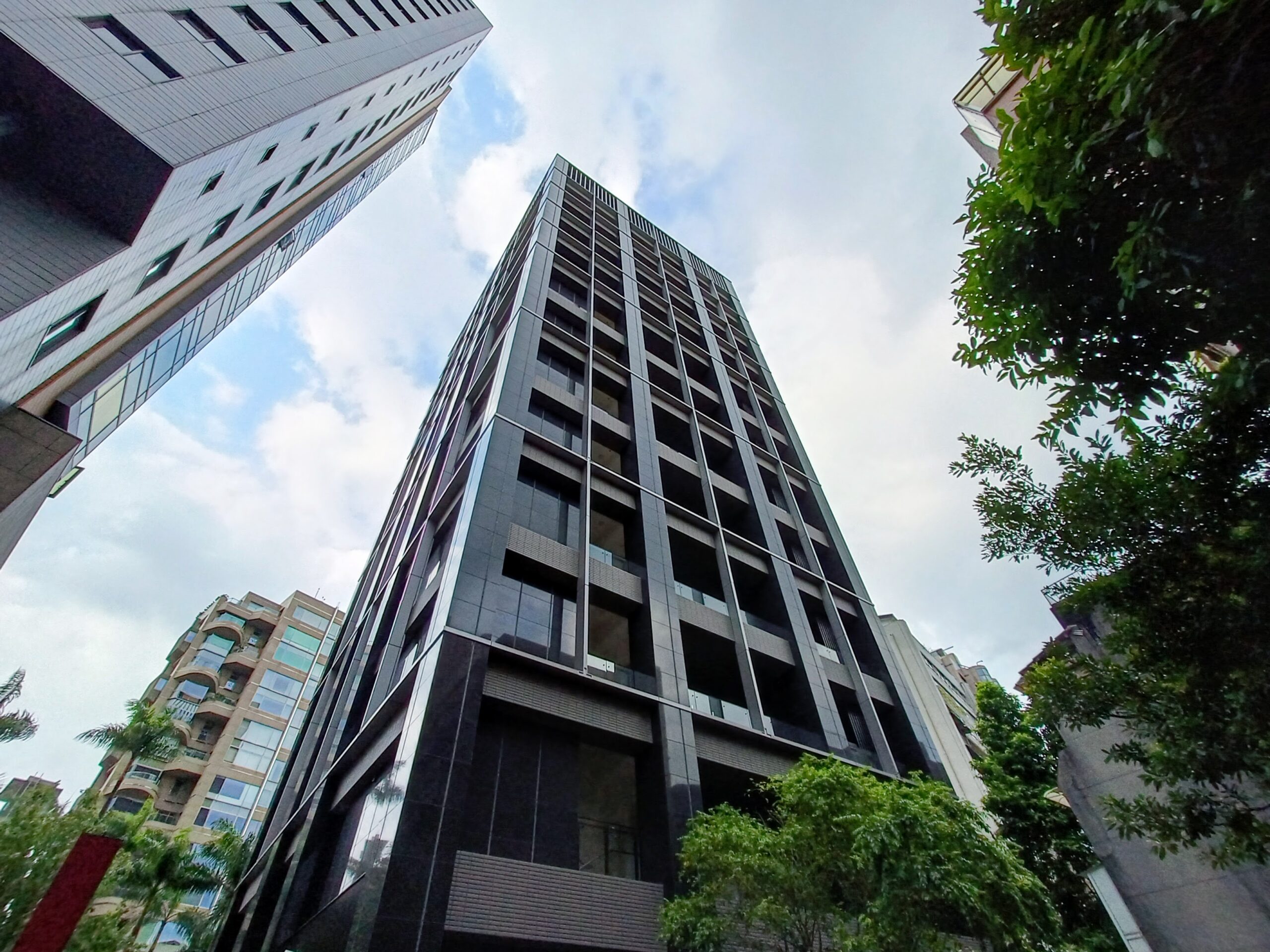 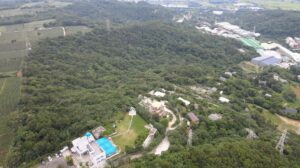 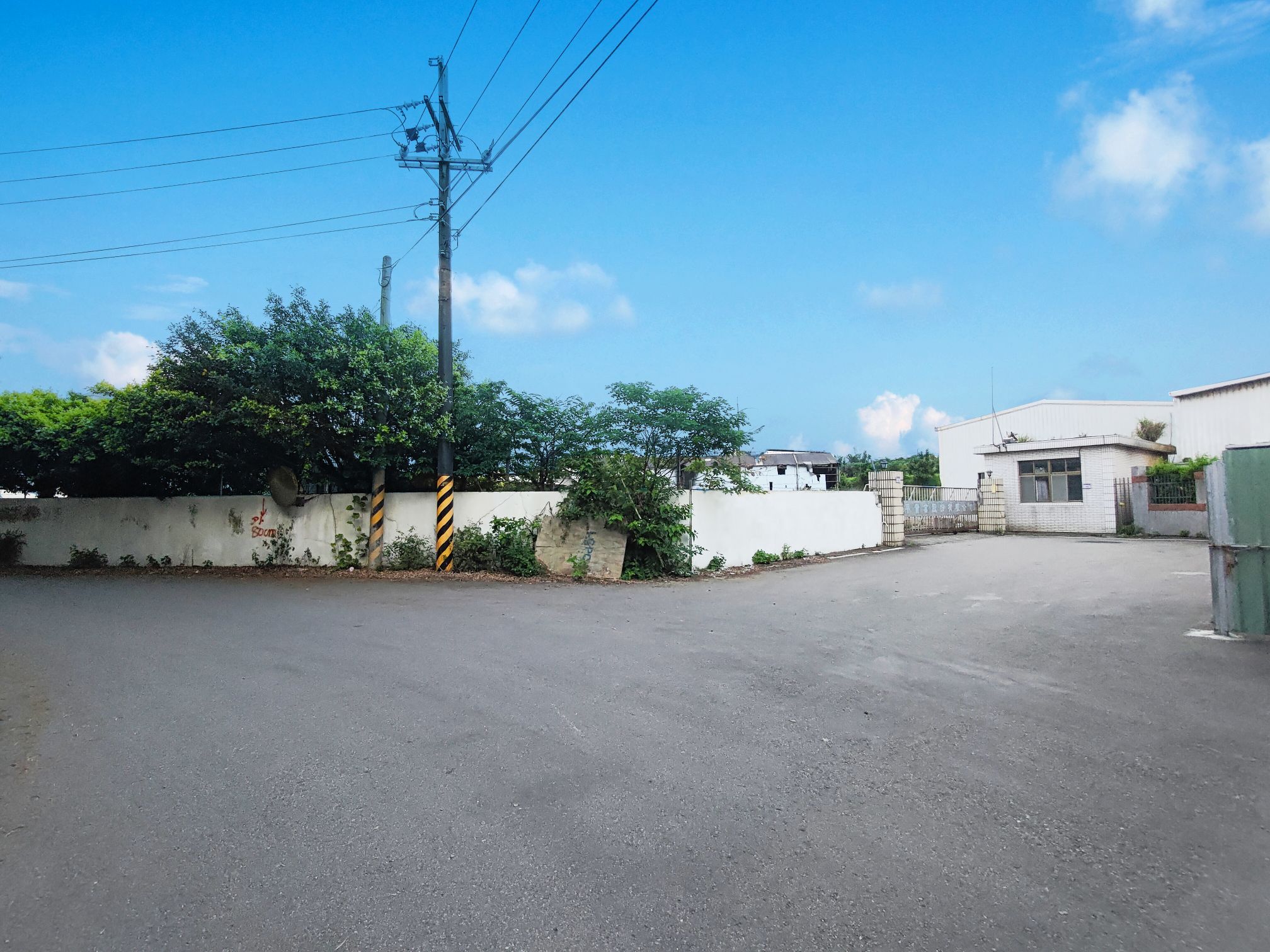 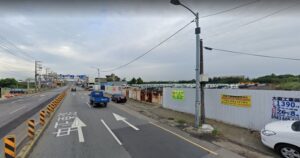