About Ellipse 360 by I. M. Pei
Ellipse 360 is the only residential building in Asia designed by I. M. Pei. It is now the tallest residential building on Taiwan’s skyline, and its overall height above sea level exceeds the Taipei 101 building. Its supremely simple elliptical form elegantly rises arrow-straight into the sky like a stairway to heaven, reaching out into the universe, extending the imagination of the Earth’s surface. Examined from a contemporary perspective, it betrays a unique spirit. The Ellipse 360 is inarguably a representative work of modernist aesthetics and has set a record in residential architecture’s world history. Thanks to its elliptical geometric form and panoramic glass curtain wall, the Ellipse 360 Tower offers transparency to the whole visual field in a way that is intended to forge a link between humans and nature. The slender 38-story tower is the symbolic center of a master-planned residential community under development on a splendid hillside site overlooking the Kwan Yin mountain and the Tan Shui river landscape. I.M. Pei’s concept light played out to the full in the design of the Ellipse 360. From the start of the design process, PCF began simulating variations in light and shadow. From the first light of dawn to the last glimmer of the sunset, the changing patterns of light and shade created by the sun’s rays playing at different angles across the sunshades and the panoramic glass produce a dynamic and lyrical dance of light. Ellipse 360 is a theater of nature lit by the sun, moon, stars, the glittering light of the city below, and the shifting colors of the four seasons. Five minutes driving distance to the golf course. 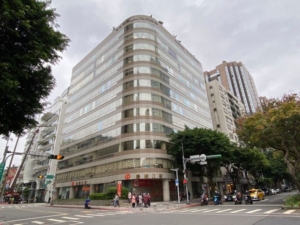 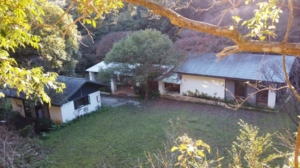 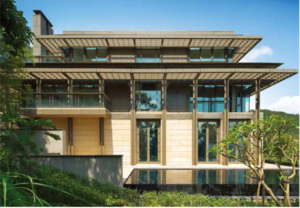